An year has passed since we got the Files restore feature for OneDrive for Business. Initially announced back at Ignite 2017, it took Microsoft several months to release it in the beginning of 2018. While there were some rough edges, the feature worked as advertised and is very helpful in addressing certain scenarios. You can find my initial impressions on it here, or read the documentation here.

At least year’s Ignite conference, Microsoft announced that Files restore is coming to regular SharePoint Online document libraries, and now we finally have it available. There’s really not much to cover about the feature, as it works in the same manner as its OneDrive sibling, so I wont go into any details here, apart from sharing the news that it’s already available in at least some tenant. If you need additional information, make sure to check out the documentation. 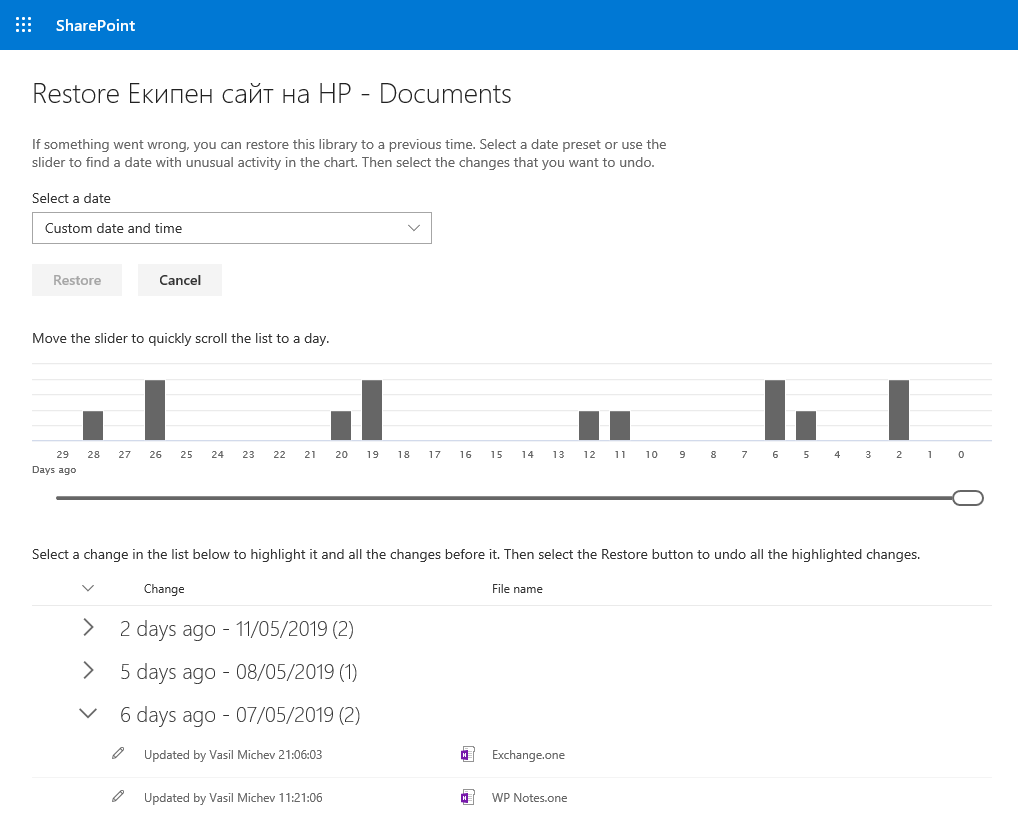 This entry was posted in Office 365, SharePoint Online. Bookmark the permalink.